Refer to Skill six. Review the four-second rule with your teen, emphasizing that increasing following distance is the single best way to reduce crash risk. This gives the driver visibility, time, and space to avoid crashes. 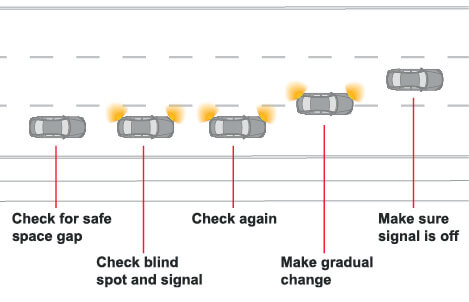 Motorcyclists, bicyclists, and pedestrians are more difficult to see than cars because they are smaller — and drivers tend to focus on looking for cars. Traffic, weather, and road conditions require cyclists to react differently than car drivers. It can be difficult for young drivers to judge and predict their actions. Always give motorcyclists and bicyclists a wide berth and reduce your speed.