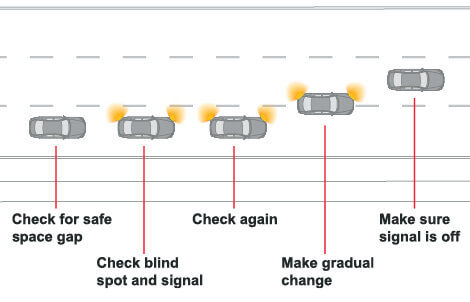 Motorcyclists, bicyclists, and pedestrians are more difficult to see than cars because they are smaller — and drivers tend to focus on looking for cars. Traffic, weather, and road conditions require cyclists to react differently than motorists. It can be difficult for young drivers to judge and predict their actions. Always give bicyclists and motorcyclists a wide berth and reduce your speed.